Deal can do static checks for functions with contracts to catch trivial mistakes. Don’t expect it to find much. Static analysis in dynamic language is hard but deal tries its best to help you. Add the linter on your CI and it will help you to find bugs.

Most probably, you already use flake8, so this option should suit best for you. Deal has built-in flake8 plugin which will be automatically discovered if you install flake8 and deal in the same environment.

Another option is to use built-in CLI from deal: python3 -m deal lint. I has beautiful colored output by default. Use --json option to get a compact JSON output. Pipe output into jq to beautify JSON.

Since this is ad-hoc solution, it has a bit more beautiful colored output. 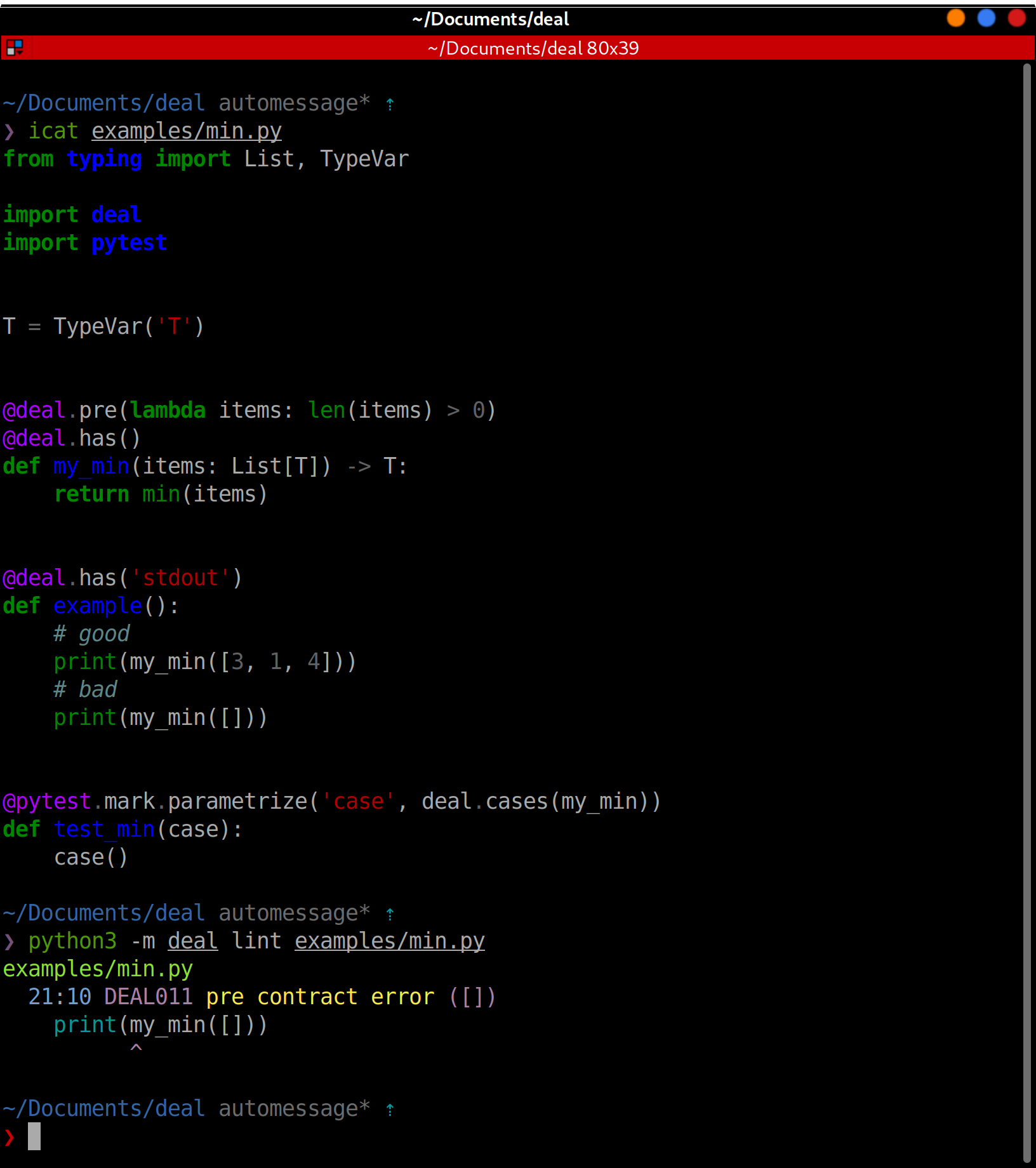 To check pre and post contracts, linter can partially execute them. For example:

Try to run linter against the code above:

Hence there are some rules to make your contracts linter-friendly:

Linter silently ignores contract if it cannot be executed.